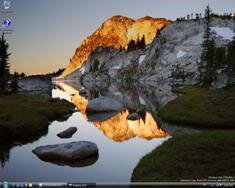 VistaHelp.ca was born in June 2006. I had been playing with Windows Vista Beta versions since the September 2005 Longhorn Beta 1 release. When the Vista Beta 2 version was released to MSDN subscribers I installed it on a test computer. I loved it. It was still a Beta program and had bugs but the potential was there. I spend a lot of time helping others in online communities with Windows XP so extending this to include Vista was a given. I decided the time was right to start VistaHelp.ca.

This web site was created on a computer running beta versions of the following software: Microsoft Windows Vista, Microsoft Expression Web Designer, and Microsoft Office 2007 Beta. It is an ongoing experiment to see how productive I can be with beta software and also to test the beta software.

My name is Kerry Brown. I have been involved with computers since the early 1970's. I enjoy helping others get the most out of their computers. When I take a break from helping others I am a computer consultant designing and implementing networks, building and selling computers, and just generally tweaking things. One of my prouder accomplishments is being awarded Microsoft MVP status. You can find out more about the MVP program here. My MVP profile is here. My hobbies other than computers include auto racing, photography, hiking/walking, and being outside enjoying nature. I'm lucky enough to live in one the most beautiful areas on this planet.